30 Day Anime Challenge - Most Bad Ass Scene From Any Character 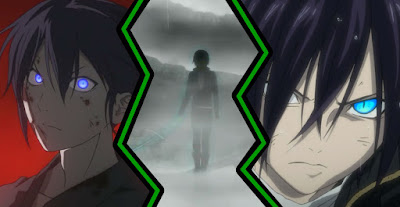 There is a reason why Yato is a god of war...

Part of the reason why I chose this scene for this challenge is because I feel like I really need to give Noragami some recognition. Not only does it provide a scene that fits this category, but it also is one of the first anime series that I ever watched, along with Fullmetal Alchemist and Death Note.

When I first started watching Noragami, I thought that it had everything that I could want from a show. It had action, comedy, romance, suspense, as well as a great cast of characters that I am still a little attached to even with all of the flashy and cool anime characters that currently have my attention.

The main character of Noragami is Yato, a deliver god who will perform any deed for the small cost of five yen. Sure he protects the people of Japan from phantoms, but he's also willing to find lost cats and clean people's bathrooms. When the series starts, Yato seems full of himself, dimwitted, and probably one of the lamest gods around, but as the series progresses we learn that Yato is considered a god of calamity and war.

We get small hints throughout Noragami that Yato has a dark backstory but it isn't until the final episode of the first season that we see how dangerous he is when he doesn't hold back. To save the human girl that he loves, Yato shows that he is a deadly and merciless opponent and capable of senseless killing. I choose this scene because it completely changes how an audience sees Yato as a character. He goes from being and the butt of every joke to being an intimidating killer that you don't want to cross.