30 Day Anime Challenge - An Anime I Wished Was Real 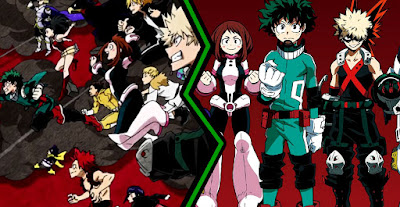 I've wanted to live in a world with superheroes ever since I was a kid.

Before anime, comic books and superhero movies kept my imagination occupied and sated my hunger for awesome stories and creative characters. When I was a kid, I dreamed about growing up to become a superhero or crime fighter, battling against evil super villains and saving a city. I still sometimes find myself dreaming about being a superhero with incredible powers.

For one thing, I would not be able to pass up the chance to have some quirk that I could use to fight crime or just perform awesome stunts. And if I wasn't fortunate enough to be born with super powers, it would still be cool to live in a world where superheroes are real and see them flying through the air or running down the street.