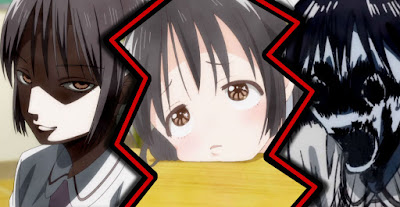 Asobi Asobase is currently one of my favorite anime comedy series and that is because of the short absurd skits and gags that made up every episode. Though I do not think that a lot of those jokes would have made me burst out laughing as much as they did if not for the characters. The three main girls are all great (or awful) in their own unique way but I think Hanako Honda was my favorite of the trio.

At first glance, Hanako seems to be a relatable character especially to those who never really fit into school cliques while growing up. She's a good middle school student who wants to be popular, but goes unnoticed by her peers. Hanako joins a tennis club to try to get recognition but her efforts are in vain and she ends up starting her own club with students that she can call friends. She sounds like a perfectly average student with a commendable middle school journey, but also a boring anime character.

Fortunately, that basic summary of Hanako does not fully encapsulate her character. Hanako is academically intelligent girl, but when it comes to real world situations and social interactions, she's a complete idiot. She wanted to embarrass her friends by making a board game that also led to her being humiliated along with them. She thought that shogi was a game where one shot a laser from their butt. She thought that "virgin killer" clothes were actually worn while murdering virgins. Her stupidity  is an integral part of her character and it led to some great moments of misunderstanding and misfortune.

But there's another reason beyond Hanako's cluelessness that made her one of my favorite characters of 2018 and that's her voice actress: Hina Kino. I don't think I've ever highlighted the voice talent in anime before on this blog, but I felt it necessary when it comes to Hanako Honda. Hina Kino's expressive voice that can go from being obnoxiously sweet to sorrowfully whining to furiously ranting in almost an instant is impressive and hilarious. Kino's voice for Hanako is about half of the reason why I enjoyed the character and Asobi Asobase so much.