12 Days of Anime: Akane from SSSS.Gridman 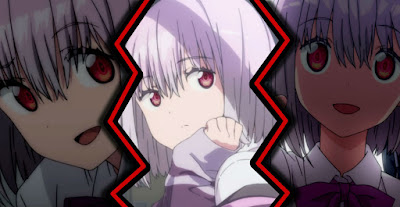 Who knew that a high school girl could be capable of destroying a city with her handmade kaiju?


Akane Shinjo is a lonely girl who is afraid of the real world, meaning she never escapes her loneliness and imprisons herself. Like many people who can't stand reality and do not know how to get close to others, Akane loses herself in a fantasy. Though instead of obsessing over anime or video games like most, she literally enters a digital world where she is a god living among her creations.

When it was first revealed in SSSS.Gridman that Akane was responsible for kaiju that would destroy the city, I took a real interest in Akane. I thought that she was a great villain. A bored teenager who would use giant monsters to destroy anyone who was rude to her. It's a fun idea for a character. At the time, I did not know the full backstory of Akane and I did not know why she would go to such extremes to rid the world of minor inconveniences.

Learning that Akane was a god and that she created a world where she could be popular and loved, eliminating anyone who did not conform to her ideal world, it made me feel bad for her. She was no longer a maniacal supervillain, but was actually a sad child who just wanted to be loved by others. Her loneliness turned into something ugly that could be exploited by others to fit their own evil agenda.

Akane Shinjo is a coward, but instead of looking down on her, I want to give her a hug. I think that she was a great character of 2018 and I think she made SSSS.Gridman a great show to watch this last season.

And that wraps up the 12 Days of Anime for me. I'm glad that I took part in this event. I''m happy that I challenged myself to write more and that I found other Anime YouTubers and Bloggers that produce great content. To everyone reading, I wish you all a Merry Christmas and Happy Holidays!!