Why You Should Watch "Penguindrum" 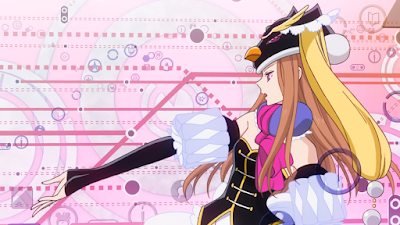 This is one of those anime that goes places that you couldn't have imagined.


It is no secret that anime is a medium of art and entertainment that can provoke thought and can challenge our understanding of abstract concepts like love, fate, and family. Mawaru Penguindrum, or Penguindrum, is one of those anime series, but what makes it stand out among the others is that at first glance the series doesn't make you think that it is going to go as deep as it does in the end. At face value, Penguindrum seems like some kind of absurd comedy about a strange trio of siblings...but it feels like something more and it proves to be more. 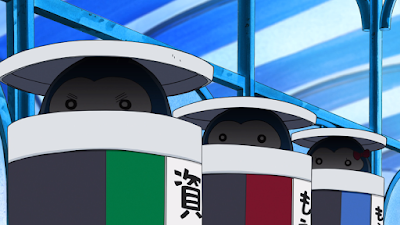 I can't really give a synopsis of this Penguindrum without spoiling the surprises and plot twists. I mean, I feel like I might have already spoiled a lot just by sharing that this series does more than you would expect. So instead of writing a plot summary, I'll just tell you about the first episode. 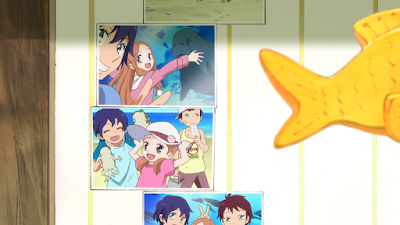 Penguindrum opens up with three characters, the Takakura family, enjoying their breakfast together in their brightly colored home. There is Kanba and Shouma, the older twin brothers, and Himari, the younger sister. Their parents are gone, but the siblings are doing alright taking care of each other. Unfortunately, Himari is ill and basically on death's door, but Kanba and Shouma do their best to provide for their little sister and make her happy. 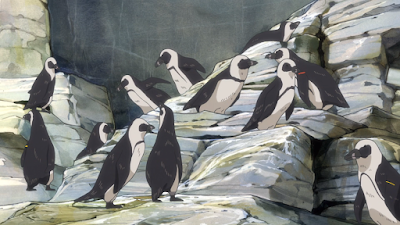 The brothers take their sister to an aquarium to celebrate her recent release from the hospital and even purchase her a weird looking penguin hat. The day is almost perfect...until Himari collapses and has to be rushed back to the hospital where she dies. Kanba and Shouma struggle to handle the loss of their sister but not before she miraculously comes back to life. The Takakura family is back together and they go home. 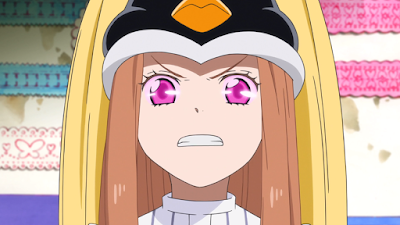 BUT THE STORY DOESN'T END THERE! The cost for Himari's recovery is that she is occasionally used by the penguin hat her brothers bought for her at the aquarium and that they must follow the hat's orders and bring it an object called the "Penguindrum". From there on, Kanba and Shouma go on a mission to find the Penguindrum and save their sister's life, while also encountering other strange characters and uncovering a weird conspiracy that unearths many secrets about their family. 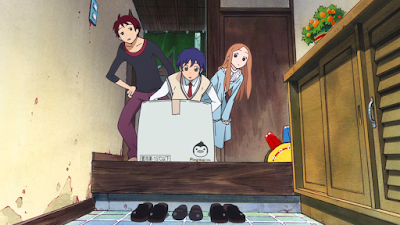 The premise of the first episode and of the whole series is definitely one that makes you go, "Only in anime", but what makes Penguindrum such a good series is that it has a lot to say about topics like destiny, family, and love, while at the same time being completely absurd and seemingly random. But even with all of the randomness and ridiculous twists, I still felt invested in the story and characters. No matter how strange the series got, I still took everything seriously. 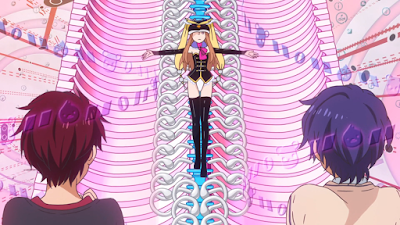 After I watched the series, I thought that I needed to rewatch it, and I still plan to, because in the end I saw that every strange occurrence and odd setting had some kind of meaning. It's like reading a well written mystery and rereading it after knowing the ending. You notice all of the clues that basically spoiled the ending. Even when I was watching it, I almost spoiled it for myself because I happened to notice something that really got me asking a lot of the right questions. 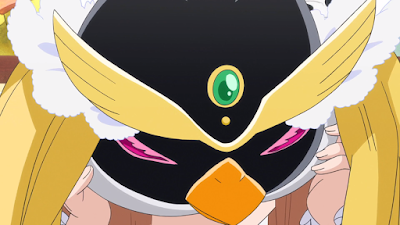 Penguindrum is not an anime that I think you can casually watch and enjoy. It requires your full attention in order to experience it properly. But if you do try to just watch it on a whim, I'm sure that you're going to get pulled into it and not be able to pull yourself away from it with ease. It is definitely an anime that I think deserves to be talked about and could use some more fans. I would go so far as to call Penguindrum a work of art.