Why You Should Watch "Hinamatsuri" 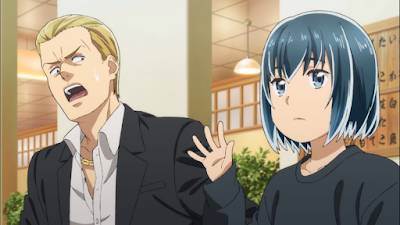 An anime about an ESPer living with a yakuza ended up being one of the funniest anime of the spring season.

When the spring season of anime started, I was not very impressed with the line up. Of course, I was planning to watch the third season of My Hero Academia and I was already watching Darling in the Franxx, but none of the others series really stood out to me. However, it wasn't until I actually started watching the series that I realized that there were a lot of gems out there, including Hinamatsuri. It turns out you really won't know what's good until you actually give it a try. 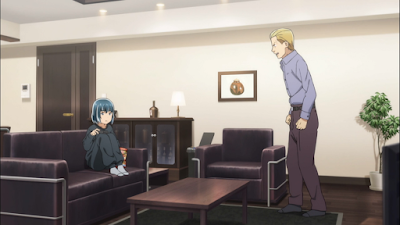 Hinamatsuri is about a middle school girl, Hina, who just suddenly appears in the home of a yakuza member, Yoshifumi Nitta, and ends up living with him. At first, Nitta is confused by Hina's sudden appearance and wants nothing to do with her, but when she shows offer her ESP abilities and threatens his collections of vases, he reluctantly takes her in and provides her with a place to sleep and food to eat. They have a really shaky relationship at first, but they do start to grow an attachment to each other and develop a kind of father-daughter relationship...though probably not the most loving relationship since Nitta still gets annoyed with Hina. 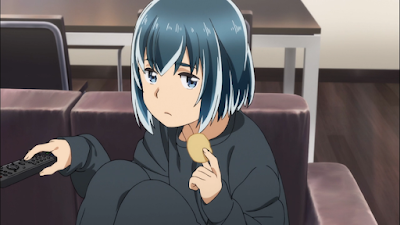 Hina is the main character of the show and she is probably one of the most adorable anime girls despite being almost completely emotionless and completely lazy. She wants to go to school like other girls, but when she gets there, all she does is sleep. She is always being dragged along on adventures, but most of the time she has no clue what is going on. But as indifferent as she seems to the people around her, she does still care about people and doesn't want to be cast aside...especially by Nitta. 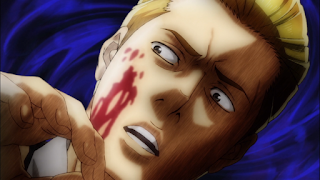 Even though Hina's surrogate father, Nitta, is constantly annoyed by Hina's lazy behavior and is always trying to get rid of her or, at least, get her to actually help around their home, he does get attached to her and accepts his role as her father. He may come off to some as a hardened yakuza, he is actually pretty soft and strangely fills the role of a loving father pretty easily. 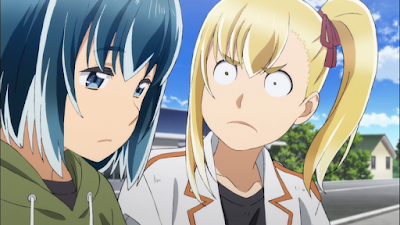 Along with Hina, Anzu is another young girl with abilities who just shows up one day and causes trouble for Nitta. While Hina is pretty mellow and apathetic, Anzu is hotheaded and has no chill when she first appears, but she starts to grow and change in her new environment and has one of the most interesting characters arcs in the series. Honestly, even though Hina is the main character of the show, I wouldn't have minded if the show was just about Anzu and her adventures. 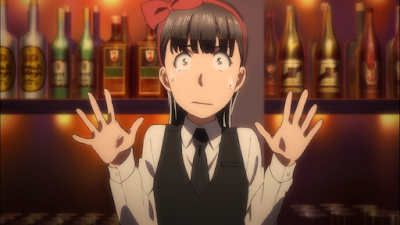 Another important character in Hinamatsuri and probably one of the most entertaining is Hina's classmate Hitomi Mishima. Hitomi is unknowingly pulled into the nonsense of Hina and Nitta's antics and ends up working odd jobs as a middle schooler. She suffers more than anyone in the series, but the way she just accepts the situations she ends up in and strives in whatever position she falls into puts her in the running for best girl. 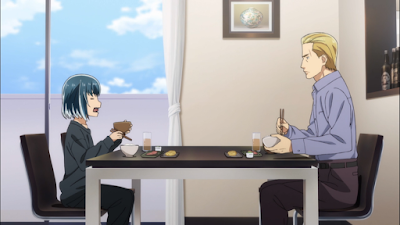 Hinamatsuri is one of the best comedies of the spring season and I think may even be as great as classic anime comedies like Azumanga Daioh and Nichijou. Not only does it have a unique premise with great characters, but the pacing of the gags is almost perfect and the reactions of the characters are always hilarious. I would love for this series to get a second season, because as much as I loved Hinamatsuri for the sitcom-like comedy, I also was interested in the story and the lives of the characters and I want to see what happens next.