What's the Problem with Domino? 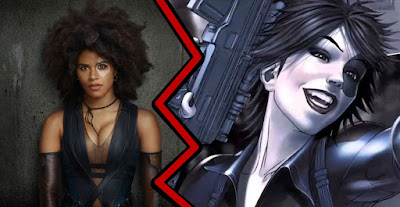 Is Zazie Beetz as Domino really a problem?

Last week, Fox released a first look at Zazie Beetz as Domino from the upcoming Deadpool 2 and I was actually kinda impressed. However, after reading the reactions of other comic book and Deadpool fans, I might be in the minority. A lot of the reactions I’ve read say that Beetz looks nothing like Domino from the comic books and that Fox is being too “politically correct” and are giving into “social justice warriors”.

I will admit, Zazie Beetz does not look like Domino from the comic books. In the comic books, Domino has white skin with a black spot around her eye and short black hair, while Beetz’s Domino is black with a white spot around her eye and an Afro. She looks different, but she still looks really cool with a lot of attitude and will probably be just as awesome as Deadpool.

Fans who complain about Domino’s casting being all about “political correctness” and “social justice warriors”, I have to disagree. Whenever a character who was originally white in the comic books is played by a POC actor in the movies, there are always fans who complain about how they’re ruining the character and that the studio is trying to be politically correct.

But some actors who are applauded by audiences for their performances and called legends look very little like the original comic book characters that they play. Usually the same people who complain about a white character being played by a POC actor adore these changes that are made to the character by a white actor. 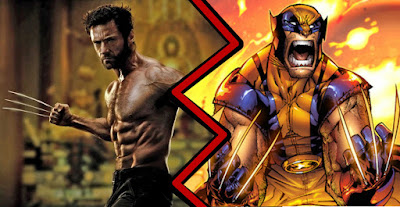 Wolverine is one example. In the comic books, Wolverine is short, barely above 5ft tall, very buff and hairy, and looks like a wild animal. Hugh Jackman is over 6ft tall and is not as hairy and animalistic as his comic book counterpart. He also never wore the classic yellow costume that is associated with Wolverine. However, Hugh Jackman is considered to be Wolverine and it’s hard to imagine anyone else in the role. 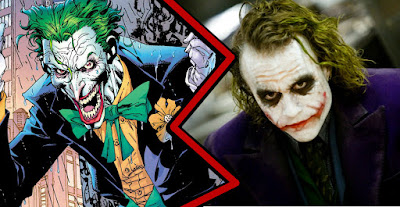 Another example would be Heath Ledger as the Joker in The Dark Knight. In the comic books, the Joker’s skin is bleached white and his face is stuck with a horrifying grin, and he is almost constantly laughing, almost howling, like a hyena. Heath Ledger’s Joker wore make-up and didn’t laugh too often. He was a maniacal madman, but he wasn’t as playful as his comic book counterpart. Like with Hugh Jackman, Heath Ledger is considered to be the best Joker and very few even reach his level.

Zazie Beetz also doesn’t look exactly like her comic book counterpart, so what’s the problem? I guess it would be easy to say that all the haters are just a bunch of closed-minded racists, and I am sure that some of them are, but I think that most of them are just really devoted fans. 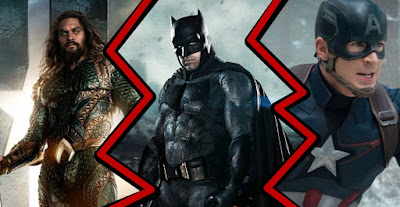 I was skeptical when Chris Evans was announced as Captain America after I was familiar with him as the Human Torch from Fantastic Four. I was skeptical when Jason Momoa was cast as Aquaman since he did not look like the Atlantean king from the comic books. And I was among the many fans who were enraged when Ben Affleck was cast as Batman. Chris Evans turned out to be a great Captain America, Jason Momoa looks awesome as Aquaman, and it will be a sad day if Ben Affleck abandons the cape and cowl.

The race or appearance of the actor shouldn’t determine whether they are an awful choice for the character. Their performance and the writing determines whether the casting sucks or is unbelievably awesome. Zazie Beetz may not look exactly like Domino from the comic books, but I’m going to wait for a trailer or the actual movie to pass judgement.

But if it is okay to cast a POC actor to play a white character, why isn’t it okay for white actors to play POC characters? The reason has to do with the lack representation of POC in mainstream entertainment. 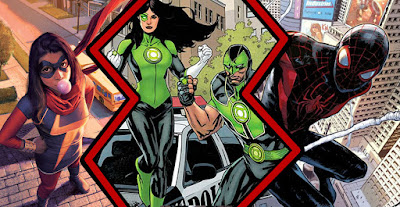 Look at all the superhero movies produced over the last few years and it’s easy to see that there are only a few POC characters and even less POC leads. Part of the reason has to do with the actual source material. There aren’t a whole lot of POC characters compared to white characters in comic books, but fortunately artists and writers have started creating more POC characters. Marvel has Kamala Khan as the new Ms. Marvel and Miles Morales as the new Spider-Man, and DC has Jessica Cruz and Simon Baz as the new Green Lanterns. 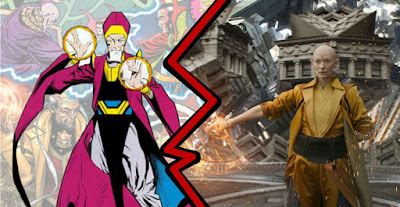 Anyway, that’s my opinion and my argument. In the end, I think that the actual performance of the actors and the movie’s writing and directing make or break a superhero movie. Deadpool was a good movie and I don’t think a black actress playing Domino will ruin Deadpool 2.