Why You Should Watch "Pop Team Epic" 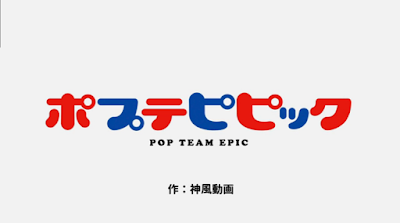 I am 100% sure that you have never seen an anime like Pop Team Epic.

Anime is a medium of art and entertainment that is capable of making us feel incredible joy and immense sorrow with engaging stories and characters that are complex and remind us of ourselves and those around us. While anime is capable of being deep and touching, anime is also capable of being really really weird. Pop Team Epic, or Poputepipikku, is one of the most popular anime of this winter season and it is like watching a whole series of parodies and memes. 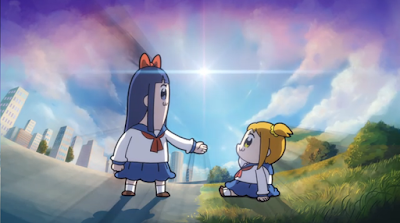 At this point in my recommendation, I usually give a brief synopsis of the show's plot and premise, but Pop Team Epic really doesn't have any story to describe. Each episode of Pop Team Epic is made up of several brief gags that are either some random joke or a parody of anything from Your Name and My Neighbor Totoro to Guardians of the Galaxy and "Let's Groove" by Earth, Wind, and Fire. There are also a couple reoccurring segments like a brief pixelated animation, an ugly looking segment called Bob Team Epic, and a segment from French animator Thibault Tresca called Japon Mignon. 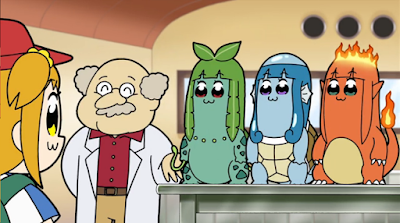 Along with these really brief gags that last about 30 seconds, Pop Team Epic also has a longer "story" that lasts a few minutes. These segments are also just as random and ridiculous as the brief gags and include stories like the origin of the mayor of New York City, a love story about a high school girl and her new family, and a documentary about an army of idol clones. Did I mention that Pop Team Epic is weird? 'Cause it's pretty weird. 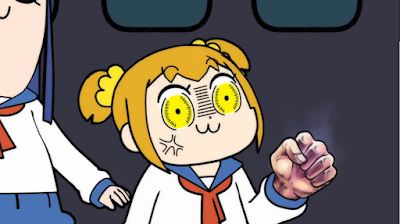 But who are the main characters of Pop Team Epic? Well, the show follows the strange antics of Popuko and Pipimi, two high school girls who are probably the most dangerous characters in all of anime. Popuko is short and short-tempered, ready to smash in the face of anyone who she sees as a threat, or even as a potential threat. Popuko's hardcore personality is only softened by the love of her life, Pipimi. 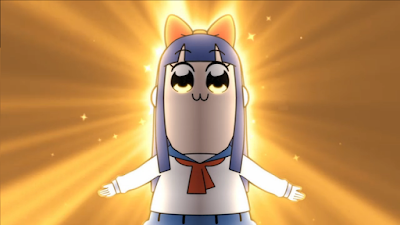 Pipimi is tall and cool, and even though her head is just as long as her body, she is still elegant and commands respect. But if you think that Pipimi is innocent, you're very wrong. If Popuko was a hitman, which she was at one point, Pipimi would be the crime boss. Pipimi doesn't get her hands dirty, especially when she has a loyal brute like Popuko on her side. 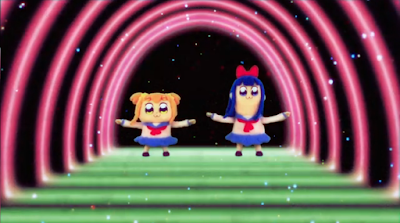 So why should you watch an anime as weird as Pop Team Epic? I would say that Pop Team Epic is not especially dramatic and the jokes are not the funniest. If you're going to watch this show because you want a comedy, I'd suggest you watch Nichijou or Yuru Yuri instead. No, I think that you should watch Pop Team Epic because it is weird and it needs to be experienced. If for some reason you've been avoiding Pop Team Epic this anime season, now is the time to grab some friends and binge watch every episode.
Posted by AJ at 7:00 AM