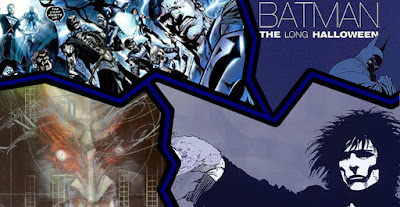 It's Halloween next week, so why not get into the spirit of the holiday with some scary and unnerving stories from DC. Even though comic books are well known for being about superheroes performing noble deeds and fighting colorful super villains, there are definitely a fair share of stories about hidden monsters and creepy supernatural beings.

I don't read a whole lot of horror stories, but I was able to think of a few stories that are perfect for Halloween. Listed below are just a few of those stories published by DC that will put you in the holiday spirit. If you decide to check them out, prepare yourself for tales about zombies, serial killers, and living nightmares. 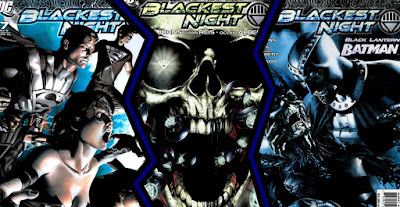 I already recommended "Blackest Night" in a previous post, but I think that a story about super-powered zombies feasting on the hearts of the living is absolutely appropriate for Halloween.The story crosses over with several DC titles and characters, but the main story is about a battle between the living and the dead.

All of deceased superheroes and super villains are reanimated by Black Lantern rings, and on a mission to return the living universe to the silent darkness. The Black Lanterns use their appearance to spark a strong emotional response from the living before tearing out their hearts to feed their armies. It takes the efforts of the Green Lantern Corps, the other Lanterns, and the world's greatest heroes to defeat the army of rotting Black Lanterns.

"Blackest Night" was one of the stories that I first followed as a comic book reader and is definitely one of my favorites, but it is definitely a story that warrants reading during the Halloween season. There is very little that is more terrifying than an army of emotionally-manipulating zombies, including an undead Aquaman, Martian Manhunter, and...Batman. 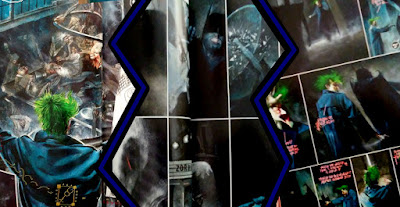 "Arkham Asylum: A Serious House on Serious Earth" is also a story that I recommended in a previous post, but like "Blackest Night" it is horrifying enough for the Halloween season. I mean, an insane asylum is already a typical setting in most horror movies, but Arkham is much more than a typical insane asylum. It is a madhouse that is home to criminals like Two-Face, Scarecrow, Killer Croc, and the Joker!

"Arkham Asylum" is a psychological horror story where Batman is invited to the asylum by the Joker after an inmate revolt that took several doctors hostage. Upon arriving at the asylum, Batman is forced on a twisted "Alice's Adventures in Wonderland"-esque journey through the madhouse. Batman's journey into terror and madness is paralleled with the story of Jeremiah Arkham and the monsters that led him to establish Arkham Asylum.

Grant Morrison's knowledge of the occult and the supernatural really make "Arkham Asylum" an unnerving and creepy story, but I think that Dave McKean's beautifully grotesque artwork truly make "Arkham Asylum" a perfect story for Halloween. You don't even have to read the story to get creeped out, just flip through the pages. But definitely read it if you want some really strange and disturbing nightmares. 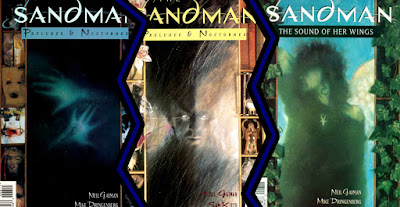 I actually plan to write a series of posts about Neil Gaiman's "Sandman" series since it is one of my favorite comic book series and there are plenty of stories in the series that deserve their own posts. But until then, I'm going to recommend you check out "Sandman" to get you into the Halloween spirit.

"Sandman" is the story of  Dream, Morpheus, trying to rebuild his kingdom after being captured by an occultist trying to achieve immortality. Actually, the occultist was trying to capture Dream's sister, Death, but captured Dream by mistake. Dream is one of the endless, a group of supernatural beings that exist because living beings believes they exist, and they will continue to exist until all life vanished from the universe.

This is actually not a horrifying or terrifying story, even though there are some truly scary moments, but is more magical and fantastic. Dream roams the cosmos encountering angels, demons, gods, fairies, monsters, and all manner of creatures from fantasy, in his journey to collect the subjects from his kingdom, including the most beautiful of dream-beings and awful nightmares.

If you're really trying to get into the Halloween spirit, I would suggest you read the first few chapters of the "Sandman" and the arc about the serial killer convention and the nightmare known as the Corinthian. And if you're just looking for something cool to read, even after Halloween, I still recommend that you read "Sandman". 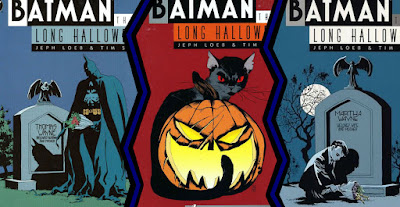 The story is set in the early days of Batman's war on crime, back when he had just started working with then police Captain Jim Gordon and district attorney Harvey Dent. The three begin a crusade to bring the crime lord Carmine "The Roman" Falcone to justice, when suddenly, a serial killer known as Holiday appears in Gotham City.

Holiday first strikes on Halloween, but takes another victim on every major holiday throughout the year. Batman, Captain Gordon, and Harvey Dent have to readjust their focus on the Holiday killer, but their unstable trust slowly breaks down as the killer continues to evade capture.

Hopefully I was able to help make your Halloween just a little more spooky and scary, or at least given you some interesting stories to read in your free time. If there are any stories that I failed to mention or you'd like to suggest, let me know in the comments below. I might have forgotten some good stories, and there are probably some stories that I haven't read and need to read.