Why You Should Watch "Comic Girls" 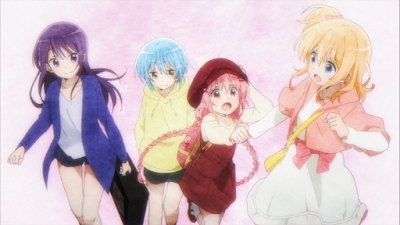 
I was wondering what I could say about Comic Girls that I can't say about other slice of life shows that are solely about cute girls doing cute things. What makes Comic Girls stand out among other moe shows like K-On and Lucky Star? Well, while I do think that Comic Girls isn't groundbreaking or controversial, I do think that it's premise and characters make it a little special in it's genre. 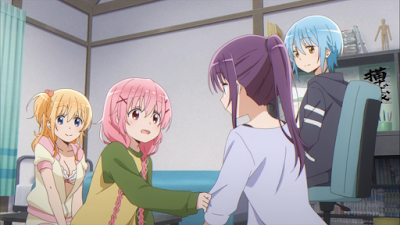 Comic Girls is about the daily life of four high school girls. Sure, the same could be said about a lot of anime series, but like the name suggests, these four high school girls are all young mangaka living together in the same dorm. Together, they go to school, help each other meet deadlines, encourage each other to be the best they can be, and just be really good friends. 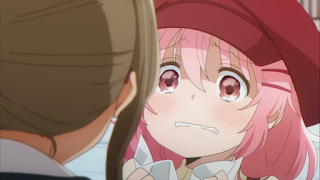 The main character of the show is Kaoruko Moeta, an up and coming artist who draws a 4-koma manga. She is still not published because while her drawing are adorable, her characters and the situations that they find themselves in don't seem relatable to audiences. Moeta is sent to the dorm to surround her with other mangakas and help her develop her skills. She ends up overwhelmed by the talent of her new friends and is often driven to tears by her own shortcomings, but she never gives up and continues to come up with ideas for a series to submit to her editor. 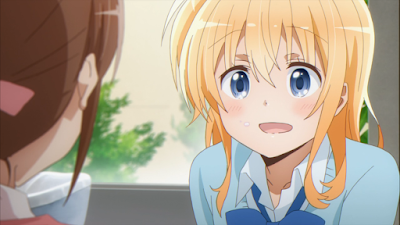 Along with Moeta, Koyume Koizuka is new to the dorm of mangakas. Koyume is a shojo manga artist who loves sweets. Her personality is almost the complete opposite of Moeta. Where Moeta is a nervous wreck, terrified of failure, Koyume is bubbly and energetic. But her and Moeta become fast friends and the two support each other in their new home, following the examples of the more experienced mangakas in the dorm. 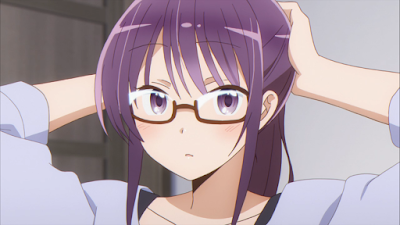 Of the more experienced mangakas, there is Ruki Irokawa. She comes off as responsible and mature, but behind that appearance she is actually very modest and easily embarrassed. That is why it is surprising when Moeta and Koyume find out that she's actually an artist for a teen's love manga with ecchi art. Even though Ruki became a manga artist to draw stories about cute animals, her art style led her down an ecchi path that she continues because of the support of her fans. 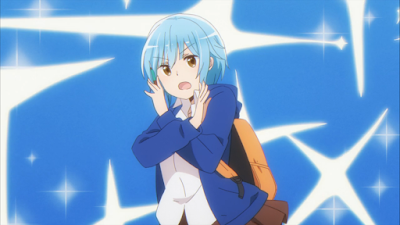 And the fourth girl to complete the main cast is shounen manga artist, Tsubasa Katsuki. She is a shounen artist who is just as courageous and expressive as the protagonists that she draws. Tsubasa is always ready to pump up her friends with an inspirational speech, though sometimes she worries her friend Ruki with how far Tsubasa takes her heroic persona. Though her valiant personality is probably what gains her adoration from shojo artist Koyume.

In a series like Comic Girls, the question almost always comes up: who is best girl? Well, in my opinion, none of the girls mentioned above are best girl - though Moeta comes close - and that is because best girl shows up sometime in the middle of the season. 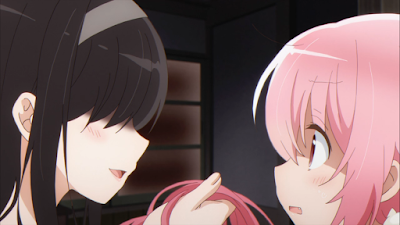 Also living in the dorm with the main cast is Suzu Fuura, a horror manga artist. While the other girls are bright and cheerful, Fuura loves being in the darkness and acting like some kind of creepy ghost. Her fellow mangakas can take inspiration from one another, and so can Fuura...except she is usually inspired after terrifying the other girls, usually Moeta who is frightened by the black-haired pale-skinned horror artist. 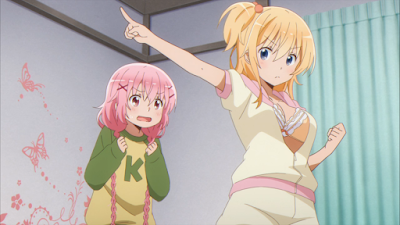 Comic Girls is an anime about a group of girls working hard and supporting each other as they pursue their passion of manga. While this is not a dramatic series with high stakes like Bakuman, another anime about manga artists, Comic Girls is still a fun series with plenty of hilarious and adorable moments. If you're looking for something cute to make you happy, I would recommend you check out this series.