Should You Watch "Darling in the Franxx"? 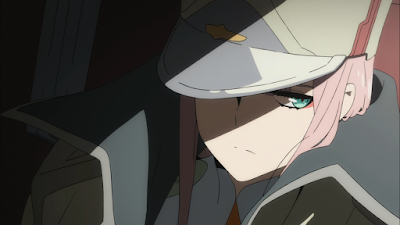 Is Darling in the Franxx a contender for "anime of the year"? Or is it one of the most disappointing series of the year?

My love of Kill la Kill and Studio Trigger was all that it took for me to sit down and give Darling in the Franxx a chance. I'm not a huge fan of the mecha genre and I really had no idea what the series was going to be about, but I had hopes that it was going to be something great. 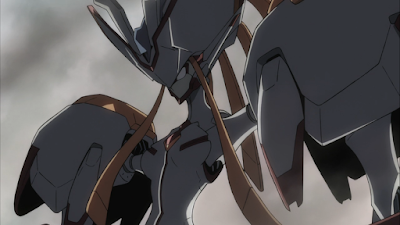 After the first episode, I remember that I wasn't blown away or bouncing with anticipation for the second episode. I just thought that it was a decent first episode and I figured that I'll stick around and see where the series was going to go. Why? Why was I going to stick around with a show that failed to impress me? Well, because I had a lot of questions. 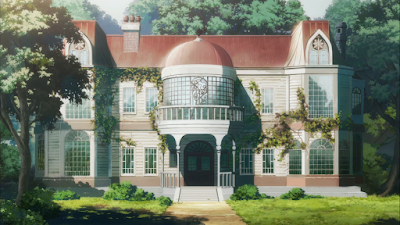 I wanted to know more about the dystopian future plagued by mutant dinosaurs that I was just dropped in, I was confused by a group of children locked away in a giant birdcage until they were needed to pilot giant robots and fight monsters, and I was intrigued with a girl who had pink hair and red horns. 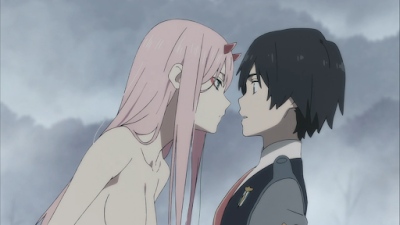 Darling in the Franxx was a beautiful mystery for me and I wanted to find the answers that were hidden beneath the surface. As I got onto the ride, I became invested in the characters who were just as clueless to the world around them as I was, and I was learning secrets along with them. I watched the main character, Hiro, fall in love with the seductive Zero Two, I watched Mitsuru's disdain for Hiro grow, I watched Kokoro discover the truth about reproduction, and Zorome enter the world of adults. 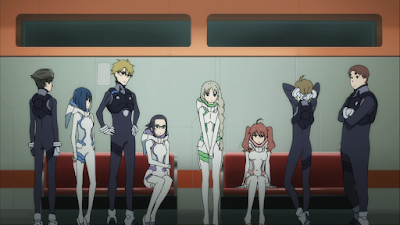 I had become completely invested in the world and characters of Darling in the Franxx and when the show reached its climax, I had completely fallen in love with the show and had a feeling that I was watching what could be one of the best anime of 2018, a mecha series that could rival the classic Neon Genesis Evangelion. But then the pace sped up and the plot took a turn that I really didn't expect but should have seen coming, and I was disappointed with how things turned out. 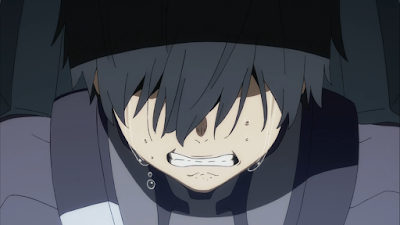 I had some hope that Darling in the Franxx would make up for its mistakes and go back to being the "Greatest Anime of 2018", but then I noticed there were only five episodes left...and then there were four...and then three, and I knew that the show wasn't going to be able to recover. I accepted that the series had gone from being fantastic to okay and I was hoping for an ending that would leave me satisfied. I think I got that. 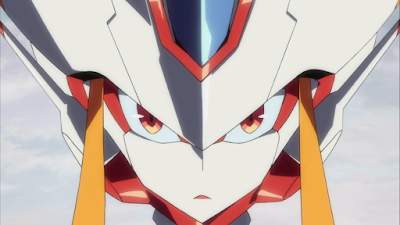 So...should you watch Darling in the Franxx? Well, I think that is entirely up to you. I'm not going to tell you that you NEED to watch this series and I definitely don't think that you should avoid it like the plague. I thought that the show was enjoyable and I loved being along for the ride and listening to the community react to the shocking reveals of the first half and the absurdity of the second half. I loved all the theories and the drama. I don't regret watching Darling in the Franxx and I'm glad that I stuck around for the end. 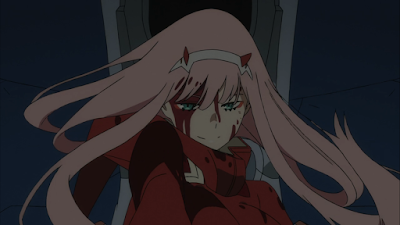 If you want to give Darling in the Franxx a chance, I can't say that you'll have the same experience that I had, but I do hope that you enjoy the wild ride. I don't think that the series is a contender for "Anime of the Year" but I do think that it did make a huge impact on the anime community. As someone who doesn't watch a lot of mecha anime, Darling in the Franxx gave me an urge to watch Gurren Lagann, Evangelion, and other mecha shows.

Email ThisBlogThis!Share to TwitterShare to FacebookShare to Pinterest
Labels: Anime, Darling in the Franxx, Rants and Opinions, Recommendation, Trigger