Life After Watching an Awesome Anime 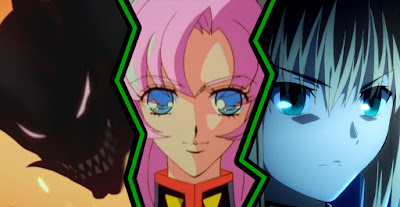 After watching Revolutionary Girl Utena, I've barely watched any anime and have only been thinking about Utena.


Revolutionary Girl Utena is an anime that I have been wanting to watch ever since I've heard of it, especially because of its critical acclaim in the anime community. When I started watching it, I couldn't stop watching it and I binged Utena over the course of a couple days because I was so dumbfounded by the series' quirkiness and drama. After finishing  Utena, I was definitely satisfied but I was also in a kind of daze. I couldn't stop thinking about my experience, analyzing every moment, trying to find the meaning behind every scene, and wondering how I could properly discuss my love for the show.

Of course, after watching something like Revolutionary Girl Utena, it makes sense that I would be in that state of mind. I'm sure a lot of people who watched Utena have had the same experience. Unfortunately, Utena was such a great anime and had such an impact on me that I could not stand watching any other anime. I just didn't have the patience to watch a 20-minute episode of anything that was less quality than Utena and when I did try to watch something else, it felt more like a chore. I didn't even have the tolerance to give any other show a chance to prove that it could be entertaining or meaningful, because I was still attached to the wonder of Revolutionary Girl Utena.

This is also not the first time something like this has happened. There have been other anime series that have also had such a powerful impact on me that every other series I was watching at the time seemed like trash. Devilman Crybaby, Fate/Zero, A Place Further than the Universe, and Death Note, were all series that hit me so hard, that I was still feeling their effect days, or even weeks, after I watched the last episode. Those series were so incredible to me that it was like being dragged into another world that I did not want to escape from, even though I know that I would have to sooner or later. That feeling did fade and I was able to get back into watching other anime series and was able to enjoy myself again without comparing those shows to the ones that I thought were either masterpieces or my favorites. 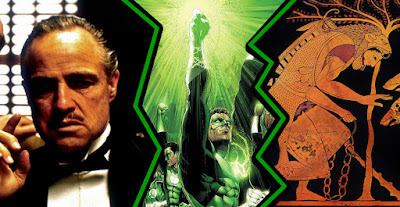 And this feeling is also not just limited to anime! I am sure that many geeks, otaku, and nerds have experienced some story, movie, TV show, or video game, that was so great or meaningful to them that they had trouble getting into anything else. When I was a kid, Green Lantern: Rebirth ignited a love for comic books and a love Green Lantern and other comic book characters. In middle school, reading about the Iliad and the story of the Trojan War led me into the world of Greek mythology: stories about ancient gods and heroes. And in high school, I was captivated by stories of criminals and the mafia after watching The Godfather.

These kinds of stories, whether they be in the form of anime, comic books, or film, are not just examples of popular art and entertainment, but they become a part of the life of their audience. Many of those stories that I love introduced me to a fandom, genre, or interest, that I really never noticed before that experience. Sure, someone might watch Revolutionary Girl Utena and just think that it's just a really weird story about a girl-prince sword-fighting with her classmates, and not feel the same way that I did...and that's fine. Everyone is different with varying backgrounds and tastes, so not everyone is going to agree on what is "great" and what is "awful".

My point isn't to say that "This thing had a huge influence on me and it should have that same influence and impact on everyone else", my point is merely to share that I watched an anime that amazed me. I am sure that many people reading this have had this feeling at one point or another. For anyone who has, please, comment and let me know what anime, movie, TV show, video game, or whatever, blew your mind and was all you could think about for days after. I would love to know what you all are passionate about and that I am not the only one who has felt this way.