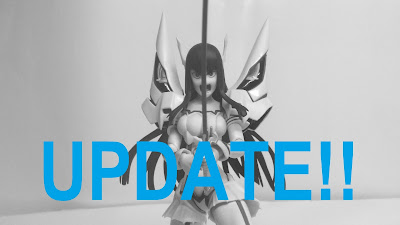 It's been awhile, but I've got plans for this blog! I'm not done yet!!

So...the original plan was to post some kind of comic book/anime recommendation, character highlight, or opinion rant, once every week, but if you've been regularly following this blog or any of my social media accounts, you can see I haven't been doing that. My last post was about a month ago and I haven't posted any explanation explaining my absence.

Well, I'm a college student and I've been pretty busy this past month studying for finals and working on several different assignments, so I had to make some sacrifices, including this blog. But now that finals are winding down, I'm putting some time aside to work on articles and other posts. For this month of December expect posts about the Justice League, Superman, the Marvel Cinematic Universe, and Boku no Hero Academia!

I have also been doing some thinking about the future and purpose of this blog. The original idea was to make this a place for new fans to get introduced to various fandoms, geek culture, and franchises, and I still want to do that. The question I've been asking myself is "How do I set myself apart from other wikis and blogs?"

For one thing, I'm going to make a lot of future posts personal to me and share my personal experiences as a geek and how certain stories and shows impacted my life as a geek. I also want to be a voice of positivity in the geek community. I don't want to hate on stories just to spark anger and fighting. Of course, I'm still going to share my own criticisms but I don't want no one to think that any franchise they are invested in is "stupid" or "trash". And if it is "trash", there's nothing wrong with that...I know I love some "trash".

I'm not going to let this blog end anytime soon! I hope to make "Anointed Geek" into the place where many geeks and nerds are introduced to what will become some of their favorite comic books, movies, and anime.