Why You Should Watch "Toradora!" 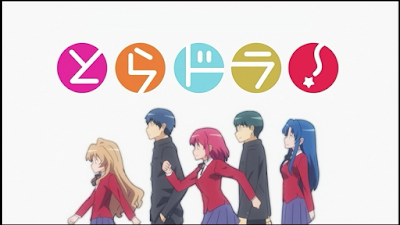 Valentine's day is over but that doesn't mean you can't enjoy a good romance!

Toradora! is one of my favorite romance anime and I remember that after I watched Toradora!, it took me awhile to find another romance that could entertain me in the same way. This show has love, comedy, action, and one of the best tsunderes of all time.

In a lot of romances there are common tropes and cliches that make the stories kind of predictable. Some of these are still interesting and entertaining but a lot of them are hurt by familiarity and end up kind of boring. Toradora! does fall prey to some romance and anime cliches but also challenges some of the typical storylines in romances. 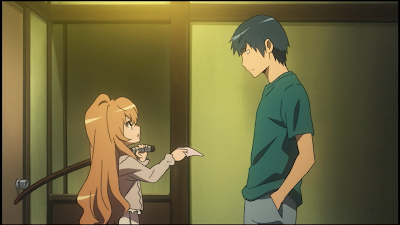 Toradora! is about high school students Ryuuji Takasu and Taiga Aisaka as they help each other pursue their crushes. Ryuuji is a compassionate high school student with an obsession with cleaning but because of his physical appearance, his classmates assume that he's a dangerous delinquent. Despite being ostracized by his classmates, Ryuuji has a crush on his fellow classmate, the energetic Minori Kushieda.

Ryuuji really doesn't do anything about his infatuation with Minori besides keeping his distance and imagining what it would be like to be in a romantic relationship with her. Ryuuji's approach to his crush is awkward and parallels that of his neighbor and Minori's best friend, Taiga Aisaka. Taiga is in the same class as Ryuuji and is known as the "Palmtop Tiger" because of her short stature and her short temper. Most wouldn't expect it from the rough Taiga, but she has a secret crush on the class vice president and Ryuuji's best friend, Yusaka Kitamura. 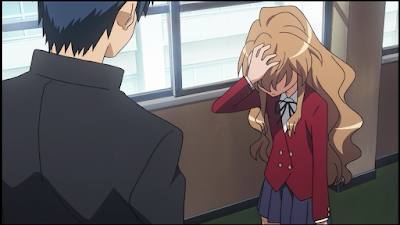 While Ryuuji doesn't take action on his feelings for Minori, Taiga is awkward whenever she tries to get close to Yusaka. When Taiga tries to put a love letter in Yusaka's school bag, she accidentally puts the letter into Ryuuji's bag and also forgets to put the letter into the envelope, but she only finds out after she tries to knock the memory of the letter out of Ryuuji's head with a wooden sword.

This misunderstanding leads to these two characters to come to the realization that since they both have crush on the others' best friend, they can help each other fulfill their romantic fantasies. At first, Taiga and Ryuuji help each other out of necessity and they tick each other off, but as the series progresses they become good friends and then...they start to feel something more. 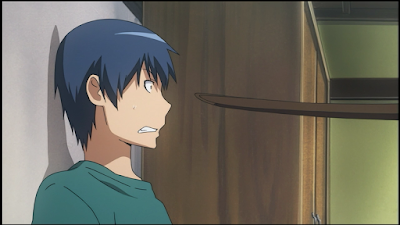 Toradora! is not like a tunnel of love but is more like a roller coaster of romance. Ryuuji and Taiga think that they have an understanding of love and they think that they know enough about their love interest to fall in love with them, but several plot points and misunderstandings later, these two characters realize that love is more complicated and something rarer than they previously believed. After I watched Toradora! I desperately wanted to watch another romantic comedy but was disappointed that other rom-com anime were so cliche. 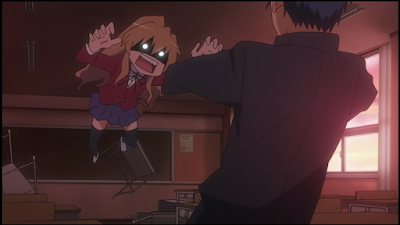 I also want to credit Toradora! with having a tsundere character who doesn't get on my nerves. In case you're still new to anime and anime lingo, a tsundere is a character, usually a girl, who acts coldly and cruelly to another character but eventually shows that character affection and usually ends up confessing their love to that character. Taiga is one of my favorite anime tsunderes because, even though she knocks Ryuuji around in almost every episode, she is shown to have an awkward and sweet side from the first episode, so we know that Taiga isn't all bad.

If you're looking for a romance that is fresh with plenty of interesting characters and humor, I think that you need to watch Toradora! and even if you've already watched this series, I see no reason why you shouldn't rewatch it. This is one of those few anime series that I love to rewatch from beginning to end or that I choose a couple episodes to watch whenever the mood strikes me.