Why You Should Read "Flashpoint" 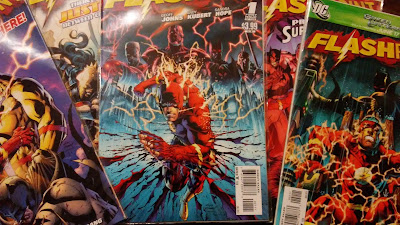 Have you ever heard of the butterfly effect?

The butterfly effect refers to a simple act, like the flap of a butterfly's wings, causing a large and and complex event, like a hurricane or a tsunami. In most movies and stories about time travel, the butterfly effect is usually mentioned when a main character changes an event in the past and causes some drastic changes to the present and future. And that's exactly what happens in DC's "Flashpoint". 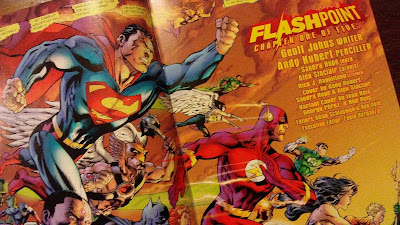 Almost every superheroes' origin involves some kind of tragedy that pushes them to fight for justice or vengeance against a villain or a group dedicated to evil. The Flash is no different. Barry Allen's mother was murdered, his father was thrown in prison for the crime despite being innocent, and Barry was later struck by a bolt of lightning that gave him the ability to run faster than light.

Barry had always been haunted by the death of his mother, but becoming the Flash gave Barry a purpose and friends who could relate to his origin and sense of responsibility. Discovering that the Reverse-Flash was responsible for the death of his mother was shocking and brought back all those years of loneliness and depression, but now Barry felt responsible for his mother's death. If there was no Flash, there would be no Reverse-Flash, and if there was no Reverse-Flash, Barry's mother would still be alive. 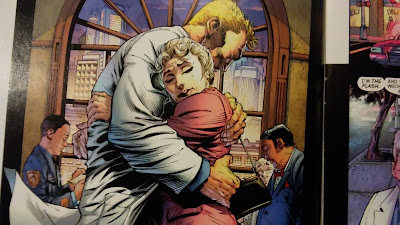 At least, that was the case until Barry woke up and discovered that the world around him had changed drastically...Barry Allen was no longer the fastest man alive but his mother was alive and happy. Barry had the life he always wanted, but for some reason, he could see and hear the Reverse-Flash taunting him. 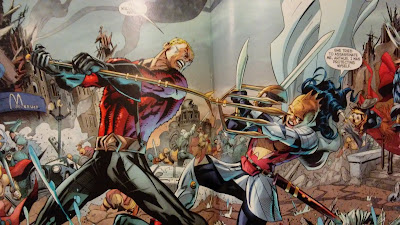 If that wasn't bad enough, Barry soon found out that the world was threatened by a war between Aquaman and Wonder Woman, and none of the heroes wanted to work together to stop them. "Flashpoint" is the story of Barry Allen's mission to discover what the Reverse-Flash did to the world, how to fix everything, and how to keep his mother alive.

In the world of "Flashpoint", the world's greatest heroes are rivals who threaten everything around them because of their epic and dangerous squabbles. Only Barry Allen has memory of the world before "Flashpoint" and is encouraged to save this new world. Even though Barry should be solely thinking about saving the timeline and bringing back the pre-"Flashpoint" world, he is still a hero who will try to save and protect the innocent. 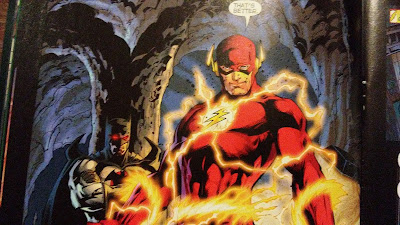 Coming from a world of heroes who are noble and just, the Flash is hopeful and compassionate in a world where heroes are almost as bad as the villains. Barry Allen is without his powers in the world of "Flashpoint" so he needs friends to help him save the world and the timeline. 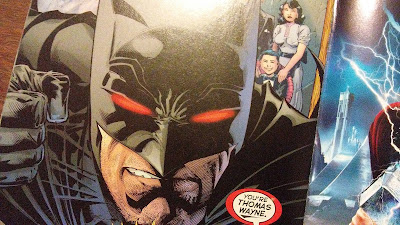 Barry seeks help from one of his oldest friends, Batman, but the Batman of this world is nothing like his friend. The "Flashpoint" Batman is not Bruce Wayne, avenging the murder of his parents by waging a war on crime. He is Thomas Wayne, beating criminals to a pulp and murdering them after his son was shot dead in an alley. Batman thinks the Flash is a fool and naive, but he lends his help and resources because he thinks Barry can fix the timeline and save the young Bruce Wayne. 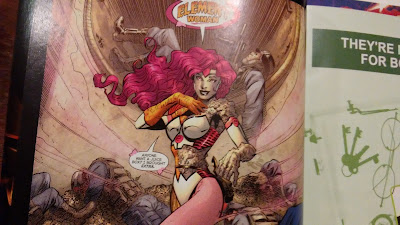 These two heroes are not enough to stop Aquaman and Wonder Woman's war and the mischief of the Reverse-Flash, so they are joined by the patriotic Cyborg, the kind but airheaded Element Woman, and the powerful Captain Thunder. Other familiar faces are seen throughout "Flashpoint", but I suggest that you read their own spin-off mini-series to learn more about them.

The story of "Flashpoint" is interesting and I like the alternate world that Geoff Johns has created, even though it is temporary. Characters that fans know so well have changed drastically, but if you know their backstory, the changes make perfect sense. 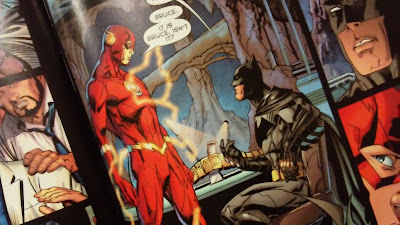 But what really makes "Flashpoint" such a great story are all of the heartwarming and heart-wrenching moments between characters. The end of "Flashpoint" doesn't just have major repercussions throughout the entire DC universe,  but also gave fans one of the most tear-jerking moments in the history of comic books. 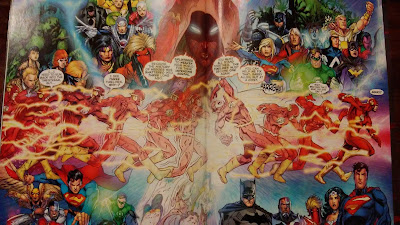 And the story would be nothing without beautiful and epic art to compliment it. Andy Kubert is a fantastic artist and I think that "Flashpoint" is one of his finest works with plenty of panels that deserve to be made into giant wall posters. Like John Romita Jr., Andy Kubert is the son of a comic book legend, and though Andy Kubert's art style resembles that of his father's, it is still his own and beautifully unique.

If you're a fan of alternate world's, time traveling, epic battles between superheroes and super villains, or you just love the Flash, then I highly recommend "Flashpoint". If you love mysteries and plot twists, then "Flashpoint" might not be for you since I think that you might have already figured out who the real culprit behind the story's plot just by reading this recommendation. It might be obvious from the very first issue.